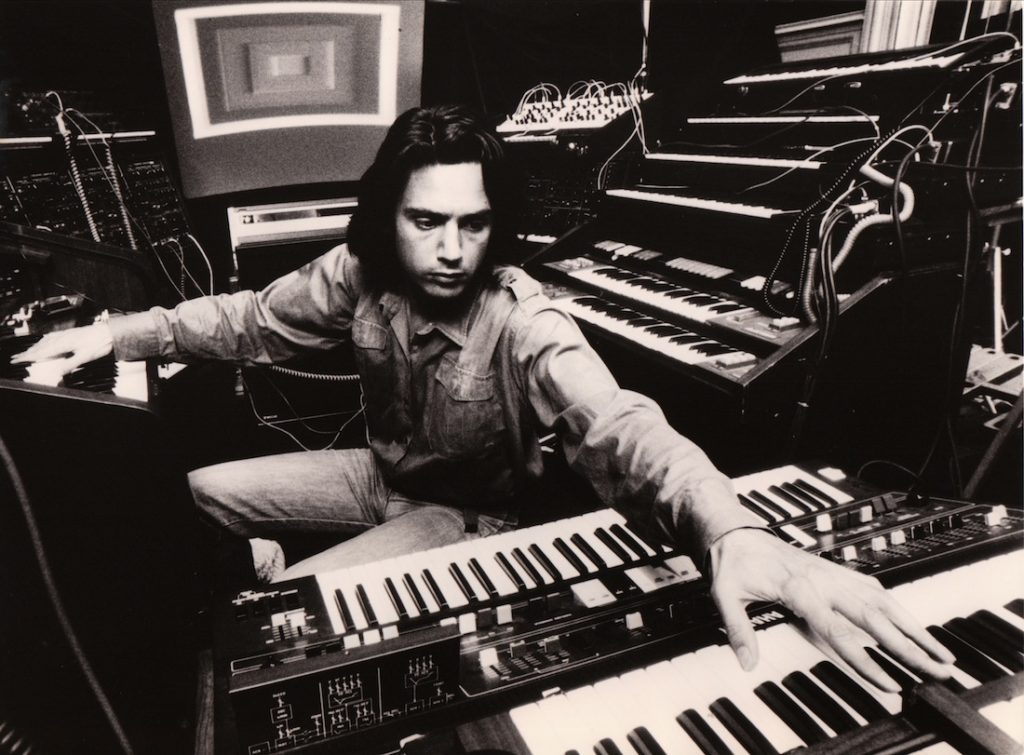 As I already have written in the warm-up of this blog challenge (in Swedish), which started June 26 on my 50th birthday, some of you might already know what would show up in “J” in my A to Z Wishlist.

I got introduced to Jean-Michel Jarre early on in my own personal “musical biography”. My uncle was a hardcore music addict as me, and I thank him for discovering alot of music during my upbringing. Jean-Michel Jarre was one of his findings in his search for the new and pioneering. 1976, the Jarre album Oxygène came to the stores, and he got one copy. I was already very interested and hooked on electronic music, since one of my five first favourite songs in life was Pop Corn with Hot Butter (early seventies, I was around five years old), and worth mentioning – my father had Walter Carlos (later Wendy Carlos) and his electronic interpretations of Bach and Beethoven made in the sixties, also very influential. So, when JMJ hit me with this album, the year I turned 10 years old, he got me – instantly! And no turning back since then. 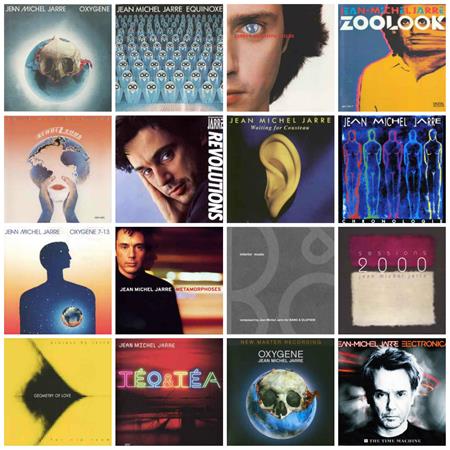 The first three albums for me, are the greatest. Oxygène, Equinoxe, Magnetic Fields. Some tracks on Rendez-Vous, and the Concerts in China, of course. These are albums I still turn to, when needed. Love! Pure!

Soothing lullabies both for Mika and Karin, of recent date. Music for health and well-being!

In his discography, a “forgotten” highlight is the Oxygène 7-13, released 1997. It is intended to be a sequel of the original breakthrough album, continued where the first one ended. In the same style, and using most of the same vintage analog synthesizers as on the original 1976 album, I truly like it too. For reasons unknown, it is not included on his Spotify streamings, but you can turn to YouTube to hear it. Enjoy!

So, when it comes to catching Jean-Michel Jarre on his world tours through the years, I have constantly missed them! Almost always passing through Sweden, I truly have had the chance – but, not!

Jean-Michel Jarre has worked on a big project, going all over the world, in a sense trying to reconnect to electronic music from all the decades. In collaborations, he has released two albums, Electronica 1 (The Time Machine) and 2 (The Heart of Noise), released 2015, and 2016, respectively – and motivating him to go on tour again. 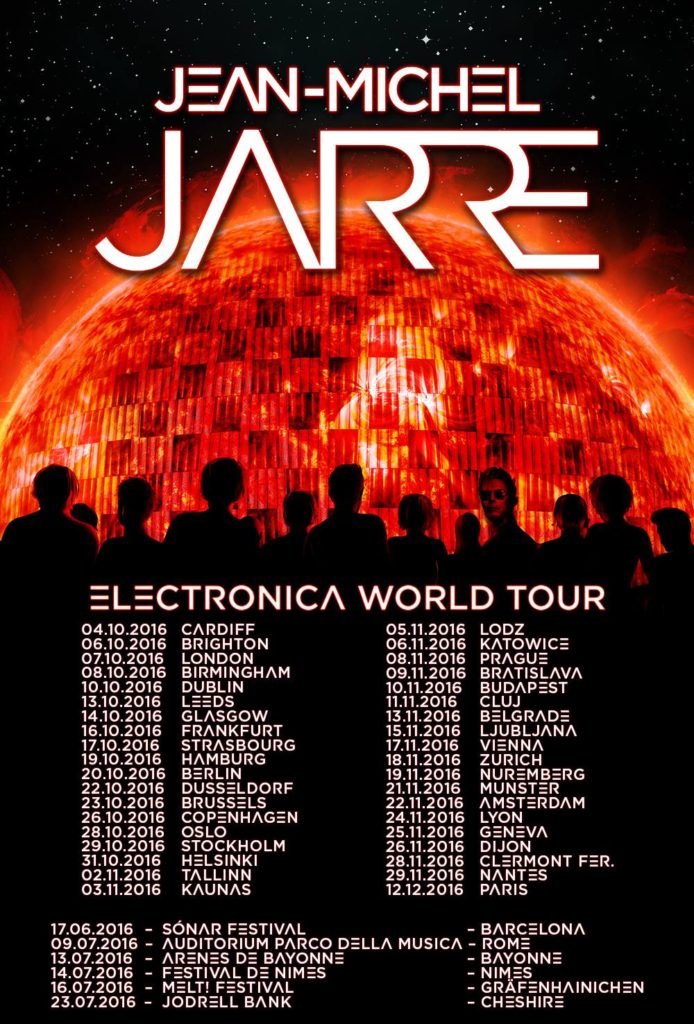 Given the set list from the Sonár Festival in Barcelona, it sounds promising! The new tracks, mixed with some of the old classics. And the famous Laser Harp used on one of the new tracks! Spectacular.

He does some festival gigs this summer, and go for an arena tour this Fall – passing Stockholm and Johanneshovs Isstadion (“Hovet”) on October 29, 2016!

Forty years out of fifty, he has been a part of my musical story.

So. Celebrating this fact;

I wish to be there!

This time, get me there, Universe – you hear me?

—
Here is  the part of the discography of JMJ as he has chosen to feature on Spotify. Not the full discography, as said, but this truly represents his  essentials! 15 hours of music from around 150 pieces! Studio tracks, as well as live performances. Enjoy!