Visiting my bro’ Anders beyond his brain surgery! | #AndersSporring 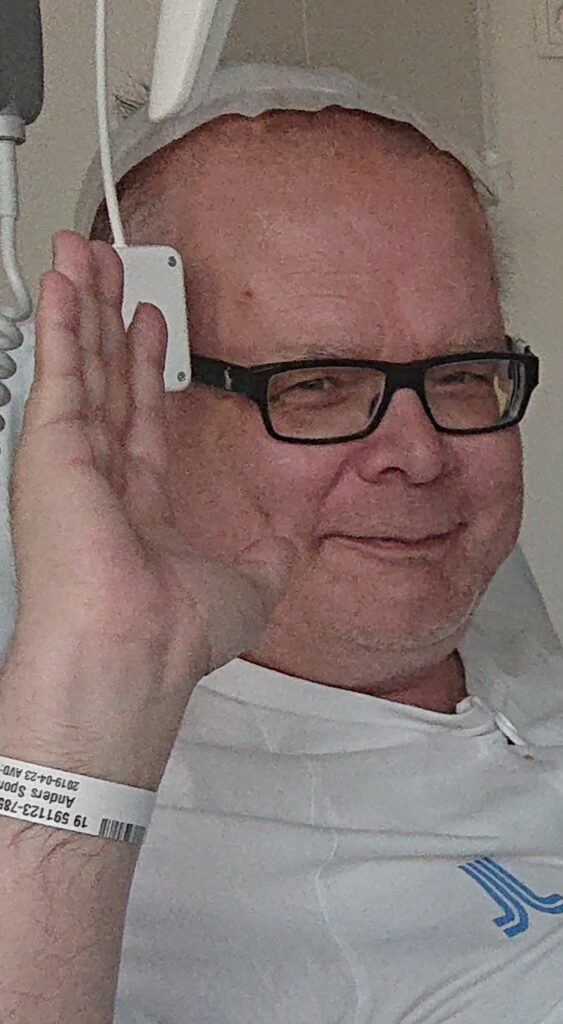 Anders has undergone getting a probe in his brain, a so-called DBS – deep brain stimulation. It is there to strongly inhibit or even stop his essential tremor and hopefully also some of his Parkinson shakings. A new life in the loop for Andy! He is surprisingly ok after going through such a thing! The operation took place in Karolinska Hospital, Neurophysiological Dept, this Wednesday, and he is on convalescence until next week! So happy for you, bro’! What an upgrade! Andy, v. 8.0 – The Bionic Man, now with TWO Pacemakers! How cool is that? And the new one even has a remote control to adjust the electric stimuli! Hitech Galore and Very Geeky, for a Very Geeky guy!

Now getting some good night’s rest at a hostel near Drottninggatan.