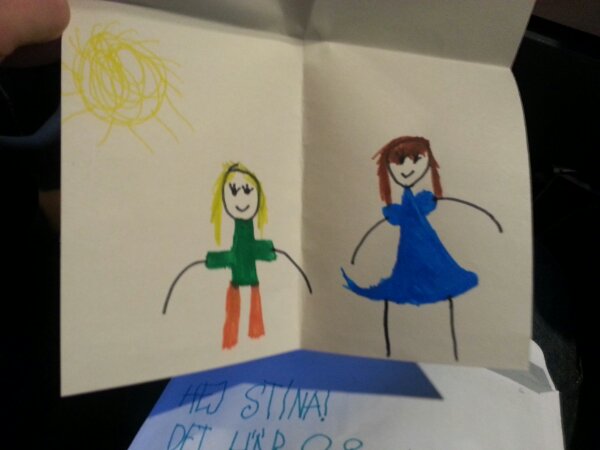 —
Photo: Nadine draw an image of herself and her best friend Stina in Växjö. She draw it on her way to Eidsvoll, which she moved to at the end of this year. It was done on the first journey from Norrköping to Norway, intended to be sent later to Stina.