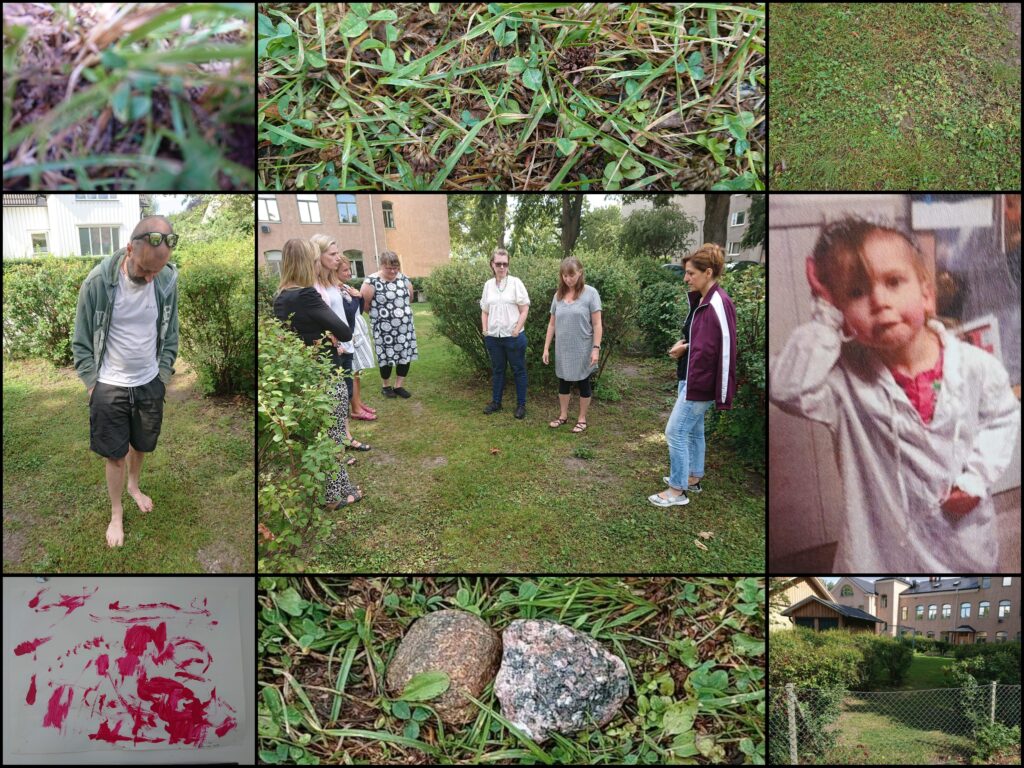 Today we met up with Mika’s circle of pre-school teachers, and yes, it was very very very tough, as expected. But, with the mutual love in between Mika’s “extra parents”, and him, it was both hard, and at the same time gave us the power to move on. We will prepare, many times, the coming months as it feels, for a challenge like this, meeting with everyone that Mika has given an impression upon. The #MikaLove Love Bomb Target!

They will have a ceremonial and memorial service with his beloved friends, where I know they will be devastated!

In his name and memory, from Karin’s idea, they will plant an apple tree as a part of this memorial service – a tree that they can mourn around, with a rainbow bench built around it. We went outside, and jointly took the feeling of “where”. One in the personell group thought that the little clearing among the bushes would be a great place for it. I sensed Mika’s presence all through our grieving circle, but especially when I felt this spot – I felt a “yes”, in a hard-to-describe sense. The #MikaLove from #TheOtherworld – and I wad not alone to sense his presence.

A channeling power lies within us all, and it’s something that can be awakened! I will set a target to train mine even more! I need a seasoned master in this respect methinks, along the way, so affirming this, I am.

Because we must go on! Stay! Mummy! Daddy! Individually! Together!

Soon, a tree giving apples to kids, blossoming at his birthday, May 28, yes? With first harvest of apples – Aroma! – for the kids to chew in the Fall … In memory of their friend Mika!

Where – the exact spot! – now marked with two small rocks. One earlier collected while he was alive. And the other while we were out in Ekön, Gryt, last Saturday.

Mika, from Lucia celebrations some years ago, from one of the collages on the walls.

Now, with Karin’s mum and Jippii gone, we fight hard to find an Everydayness during our grieving sick-leave. But with The Power of Mika Love, we will make it! Period.

We love you Mika!